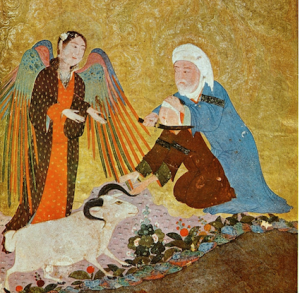 The broken history of dream writing in Persian is permeated with extant, partially extant and non-extant dream interpretation manuals and encyclopaedias as well as sporadic references, in poetry and prose, to the dreams that prophets, kings, Shiʿite imams, Sufi saints and interpreters dreamed, recounted, or interpreted. Inscribing and interpreting dreams in medieval and early modern times were instruments of legitimising power.

Dreams and the secret truths they reveal often secured an exceptional status for the dreamers and the interpreters, as the dreams reflected these people’s otherworldly power. According to the Quran, Yūsof’s divine talent in interpreting dreams released him from the prison and promoted him to the Pharaoh’s chancellorship.

Similarly, in medieval Persian courts, the most eloquent poet (malik al-shuʿarā) was not alone in fabricating legitimacy for the Sultan’s rule through exaggerated panegyrics in praise of his supernatural powers. Oneirocritics and astrologers represented the other side of the court’s ideological apparatus. They were also in charge of protecting the kingdom from contingencies and turns of fortune (bakht) by reading into the Sultan’s dreams and preparing him for the disasters foretold within his dreams.

The author of the famous eleventh-century Mirror for Princes Qābūsnāma clarifies the links between dreams, power, and rhetoric in an anecdote about the ʿAbbasid Caliph Hārūn ar-Rashīd. The Caliph dreams all his teeth fall out of his mouth. He punishes one interpreter who interprets the dream as Hārūn will live so long that all his relatives die before he dies with no relatives on the earth. In contrast, Hārūn rewards the other interpreter who puts the same interpretation in different words that simply convey the Caliph will outlive all his relatives. Hārūn distinguishes between the interpretation (taʿbīr) and its wording (ʿibārat).

With the early twentieth century modernist turn in Persian literature, writing dreams and dream visions realised their enormous emancipatory potential for political and social critique. Constitutionalist revolutionary writers employed dreams as a device for their sharp critiques against tyranny and their hopes for freedom and justice to come.

For or against power, the poet’s dream is tinged with metaphorical surplus value. Nāṣer-e Khusraw (d. 1072) narrates a dream in which the Prophet reproached him for excessively drinking wine. When he wakes up from the dream, he decides to wake up from his forty-year “sleep.” In one of the most beautiful elegies in Persian, the twelfth century poet, Khāqānī (d. circa 1190) reveals he had a bad dream which foretold the tragic death of his twenty-year-old son, Rashīd ud-Dīn: “I dreamt my garden was in fire … Fire is death, and the garden at my bosom is the son. My son was gone.”

If you’re interested in reading more dream stories, read Licit Magic — GlobalLit Working Papers 2. You can read dream writings from Khābguzārī by an anonymous writer in the twelfth or thirteenth century, and ʿAjā’ib al-makhlūqāt wa gharā’ib al-mawjūdāt by Muḥammad b. Maḥmūd Hamadānī (also known as Ṭūsī) (circa 1161–1178). 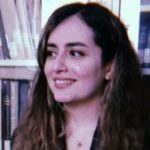