Have you ever questioned the exceptionality of a Horace, or wondered what book was studied in medieval Islamic madrasas as the counterpart to Cicero’s De Inventione in the European curriculum? Ever wanted to explore the directions that Aristotle’s poetics has taken beyond Europe, or wished to relate Kant’s Erhabene to non-European conceptualizations? Were you ever curious to weigh Pope’s Essay on Criticism against his eastern counterparts, or to assess Shelley’s Defence of Poetry from a globalized perspective?

Global Literary Theory is an ERC-funded project based at the University of Birmingham and directed by Rebecca Ruth Gould (European Union’s Horizon 2020 research and innovation programme, grant agreement No. 759346). Focusing on texts, canons, and traditions, it examines how premodern literatures from the Islamic world were written and conceived, how they fitted into wider cosmopolitan spheres and shaped vernacular literary flows. We also ask how such literatures can help to inaugurate a paradigm shift within contemporary literary theory.

Comprising translations of and commentaries on key works of poetics, rhetoric, literary theory, and related areas of inquiry from the literatures of the Islamic world, Licit Magic – Working Papers will open up new venues for literary scholars, allowing them easy access into texts that are otherwise accessible only to specialists. Expect a steady flow, on a monthly basis, of new—often first—translations of old texts, complemented with introductory headnotes and bibliographies, and freely downloadable on GlobalLit’s Hcommons platform.

Already queuing up for the next months: 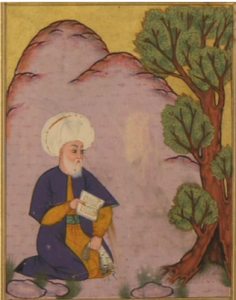 The first Working Paper, “Fuzūlī’s Preface to his Turkish Dīvān. Introduction & Translation”, introduces the reader to an exquisite sample of mixed poetry and prose, in three languages, of one of the foremost litterateurs of the Turkic world: the 16th-century Fużūlī. Whereas his French counterpart Pierre de Ronsard gained the title of “Prince of Poets” by writing sonnets in his capacity of court poet, Fużūlī acquired lasting fame with the format of love poetry he was familiar with, the ghazal. Unlike de Ronsard, however, Fużūlī was never able to secure courtly patronage. These elements inform the preface to his Turkish divan. So, if you ever wanted to know what an Ottoman poet’s CV might have looked like, whom he would thank in his foreword and whom he would warn against, and what it would take for airports to be named after you and for your image to be found on stamps and coins alike? The preface to the Turkish divan of one of the greatest Ottoman poets of all times answers precisely these questions, and much more…