Photo of the opening page of Fuduli’s divan

Azeri (Ādharī ) Turkic literature is a prolific branch of medieval Turkish literatures, a unique tradition represented by a pleiad of poets, Qāḍī Burhānuddīn (d. 800/1398), ‘Imāduddīn Nesīmī (d. 820/1417-18), Mīrzā Jahān Shāh Ḥaqīqī (d. 871/1467), Ni‘matullāh Kishwarī (XV-XVI centuries), Shāh Ismā‘īl Khaṭā’ī (d. 930/1524), and Muḥammad Fuḍūlī (d. 963/1556).  It is written in a “dialect of the Turkish language spoken along the Turko-Persian frontier and called Āzerbāyjāni from the country of Āzerbāyjān” (Gibb. vol. 3, p.75). As I noted elsewhere, (“Qur’anic Symbolism of the Eyes”), the geographic boundaries of classical Azeri Turkic vary according to different scholars. According to Minorsky, the language represented northwestern Persia and northeastern Transcaucasia (Minorsky, p. 1010a). Mehmed Fuat Köprülü notes that Azeri Turkic was spoken in Baghdad, Mosul, Diyarbakir, Eastern Anatolia, the Caucasus, and Iranian Azerbaijan (Köprülü, p.178). Azeri Turkic literature, according to Yavuz Akpınar, was created in the Caucasus, Eastern and Western Azerbaijan, Iran, Iraq, and Eastern Anatolia. (Akpınar, p.17) Akpinar accentuates the role of Tabriz in the emergence of the written literary tradition. Clearly, the boundaries of Azeri literature and its influence on other Turkish literatures such as Ottoman and Chaghatai extend beyond the borders of Azerbaijan, stretching to such lands as Syria, Iraq, Anatolia, and Central Asia.

The importance of Azeri Turkic poetry can be seen in its enormous influence on the Ottoman tradition and its introduction of Ḥurūfī thought into the literature in Anatolia and intertwining Ḥurūfism with Bektāshī  ideas; its specific position between Persian and Ottoman traditions. This poetry is characterized by the highest artistic standards. (Suffice to mention Fuḍūlī, widely considered the greatest poet of the Turkic world). In spite of its importance, Azeri Turkic poetry is the least known branch of medieval Turkish literature, and has not yet received the attention it deserves in European scholarship.

Azeri poetics can be discussed in two aspects: balāghah as an art (fann al-balāghah) and balāghah as a science (‘ilm al-balāghah). As an art of eloquence, the stylistic devices of balāghah are evident everywhere in Azeri poetry. Due to Ṣūfī-Ḥurūfī influence, literary devices such as īhām – tawriyah (double meaning), isti‘ārah (metaphor), tashkhīṣ (personification), kināyah (metonymy), ta‘līl (cause), takhyīl (imaginary), ifrāṭ fī l-ṣifah (hyperbola) and iltifāt (shifting) abound in the poems of Azeri poets.

With regard to balāghah as a science that embraces such subdivisions as ‘ilm al-badī‘, ‘ilm al-ma‘ānī and ‘ilm al-bayān. Although Azeri poetry is among the richest branches of Turkic literatures, there is no extant medieval treatise devoted to balāghah in Azeri Turkic language. Notwithstanding this gap, medieval Azeri scholarship contributed to this field in Arabic and Persian languages with the notable works of al-Khaṭīb al-Tabrīzī (d.1108) who taught at Niẓāmiyyah University. As one of the coryphaei of Arabic philological studies, he wrote the book al-‘Arūd wa l-qawāfī (Prosody and rhyme), commentaries on the dīwāns of Abu Tammām, al-Mutanabbī, Saqṭ al-zand of Abū l-Alā’ al-Ma‘arrī, al-Maqṣūrah of ibn Durayd and on the Ten Odes (al-Mu‘allaqāt al-‘ashr). Another philologist, Sharaf al-Dīn al-Tabrīzī al-Rāmī (d. 1392) authored Anīs al-‘ushshāq (The Lovers’ Companion) in Persian. This is a work of ma‘ānī in the style of Abū Hilāl al-‘Askarī’s Dīwān al-ma‘ānī (Anthology of Motifs). Anīs al-‘ushshāq consists of an introduction and ten chapters; each chapter is devoted to the metaphoric images used by the poets in depiction of parts of the face. Another treatise devoted to poetics is Wahīd al-Tabrīzī’s (XV c.) Jam‘i mukhtaṣar. His remarkably comprehensive work discusses arūd (prosody), qawāfī (rhyme) and ṣanā’i‘ sh‘ir (figures of speech). Some discourses on poetry can be found in grammatical works written in Arabic.

Azeri Turkic poetry abounds in passages and fragments that discuss issues relating to balāghah. These are examples of interpretation of poetry through poetry’ (sharḥ al-shi‘r bi l-sh‘ir), so-called meta-poetry. Azeri poets were preoccupied with the problems of self-conciousness, and expressed anxiety about the value of their poems in the chain of long lasting poetic traditions. Their poetry was an important means of Ḥurūfī agitation for Nesīmī, who expressed in his poems mystic sentiments about poetry and the divine word. The latter was one of the main objects of his glorification. Nesīmī considered the poetic word to be “bejeweled syntax [naẓm-i govher; govher/jawhar, ‘gem’, denotes the prophetic wisdom]” and a miracle taught by Archangel Gabriel:

When depicting your beauty, the poem of Seyyid (Nesīmī ) turned out to be a miracle.

I don’t know whether Holy Spirit taught it, or Gabriel?

Nobody can unveil the poems of Nesīmī .

It is a tongue of birds, only Solomon understands it.

Fuḍūlī’s three introductions (dībāches), found in his Turkish and Persian dīwāns of ghazals, as well as in a collection of his qaṣīda poems, are notable for expressing the poet’s literary views. Besides, some of Fuḍūlī’s na’t poems (eulogies to the Prophet Muhammad) have been written in badī‘iyyat style, i.e. with every verse illustrating a specific figure of speech. Fuḍūlī anthropomorphized poetry, saying that “poetry is the beloved and the beauty of expression is his/her adornment (şeir bir məşuqdur, hüsn-i ibarə zivəri).

According to Fuḍūlī’s poetic speculations in his dībāches, balāghah devices are key to poetic expression, but poets should not repeat previously expressed images and meanings. Although poetry requires deep knowledge of past forms of literary expression, each poet must develop a unique and skillful poetic style. Fuḍūlī connected poetic creativity with social life by accentuating personal qualities of specific poets alongside their status in society. According to him a poet should be a lover first of all. No poet can glorify beauties like Leylā without being Majnūn.

Deification of the poetic word is seen in the poems of Shāh Ismā‘īl Khaṭā’ī, founder of the Safavid dynasty (1501-1736). , Shāh Ismā‘īl glorified his own poems as the voice of the Qur’an (āvāz-i Qur’ān).

In the eighteenth to nineteenth centuries, issues of balāghah were discussed within the tadhkirah (commemorative compendium) literature.  From the tadhkirah literature the work of Seyyid ‘Aẓīm Shirvānī (d. 1888) is notable for its detailed history of Azerbaijani literature.

His work includes the poems of 280 poets and consists of the following chapters:

1) Poets of the Caucasus

Mīr Muḥsin Nawwāb’s tadhkirah (1918) is devoted to the poets of Karabakh. As a bilingual anthology, it includes the poems in Turkic and Persian and consists of three parts: poets who passed away, the author’s contemporary poets, poets not mentioned in the two previous chapters. One aspect of the importance of the tadhkirah is that it gathers together autobiographical poems of some famous Karabakh poets, including the poetesses Khurshīdbānū Nātavān (d.1897) and Fāṭimah Kamīnah (d.1898).

In the nineteenth century, poetry salons served an important function in the development of literary studies in Azerbaijan. The most famous salon was in Shusha. It was named “Majlis al-uns [Literary circle of intimates]” and hosted by Khurshīdbānū Nātavān, a daughter of the ruler of the Karabakh khanate Mehdīqūlī Khān. These salons flourished throughout such cities as Ganje, Aghdam, Shamakhi, Baku, Quba. 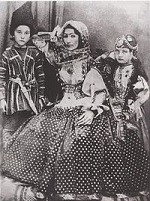 Nineteenth century literature and literary theory were influenced by of Russian and European culture and scholarship. Mirza Faṭalī Akhundov (d. 1878), the leader of the Azerbaijani enlightenment, criticized classical poetry, particularly the style of Fuḍūlī. One can observe some anti-ghazal polemics, particularly among the literary circle of Mullā Naṣraddīn – the famous Azerbaijani satirical periodical.

In the very beginning of the twentieth century Firīdūn bey Kocherlī (d.1920 and Salmān Mumtāz (d.1941) authored important histories of Azerbaijani literature.  Firīdūn bey Kocherlī published his work in 1903 in Tiflis (present day Tbilisi) under the title Literature of Azeri Turks. Salmān Mumtāz’s book was published only 1986 under the title The Sources of Azerbaijani Literature. Alongside their socio-historical and biographical concern, these works examine issues related to Azeri poetics. Both authors were victims of the Stalinist Terror. In addition, Ḥamīd Araslī (d. 1983), ‘Alī Fahmī (d. 1975), Muḥammad Ja‘far (d. 1992), Mīr Jalāl (d. 1978) and Akram Ja‘far (d. 1991) made significant contributions to Azeri literary studies during the Soviet period. 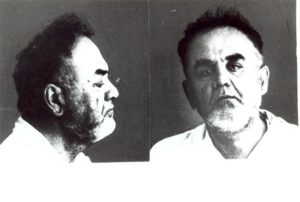 During the Stalin-era repressions, and especially the Great Purge (1937-1938), not only poets and writers, but also literary theory suffered. Soviet censorship interfered with poetics, and saw in poetry anti-revolutionary, pan-Turkist and pan-Islamist accounts. Soviet censors scrupulously investigated not only subjects of literature, but also poetic devices, hidden meanings, and letter and color symbolism. Some poets were sentenced to death purely for their ideologically ‘incorrect’ poetics. Ahmad Jawad was arrested and sentenced to death because of his poem “Göy göl” (Blue lake), describing a lake near Ganja using metaphors of the moon, sun, and colour symbolism such as blue, green and red that evoked the flag of the Azerbaijani Democratic Republic – a state established in Azerbaijan after the fall of Tsarism in Russia (May 1918- April 1920).

During the Khrushchev thaw (1953–1964) and subsequently, literary studies in Soviet Azerbaijan came under the influence of Marxist-Leninism and Socialist realism. The study of Azeri Turkic classical literature were distorted and disoriented, Sufism and Ḥurūfism were represented as atheistic movements, and poets were seen as ‘fighters’ against foreign oppressors, or shahs and khans.